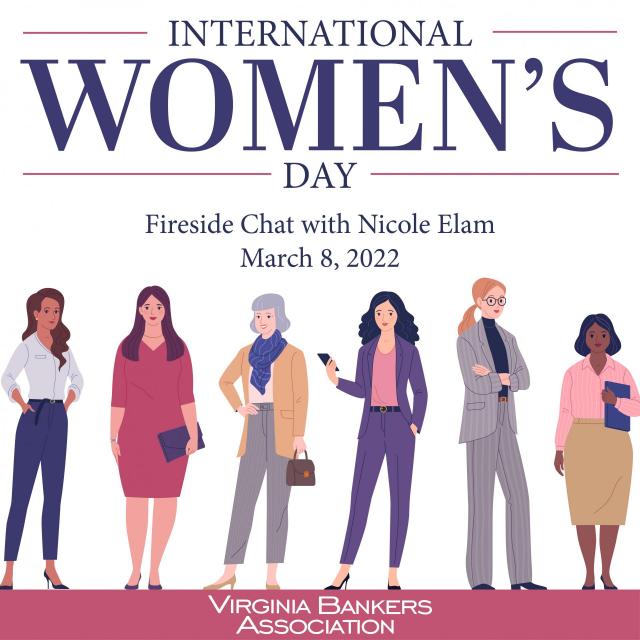 International Women’s Day is a global holiday celebrated annually on March 8th to commemorate the cultural, political and socioeconomic achievements of women.

This year, the VBA, in partnership with the VBA Executive Women in Banking Peer Group, is excited to offer a fireside chat with Nicole Elam, president & CEO of the National Bankers Association (NBA), the premier trade association and voice for the nation’s minority financial institutions.

Be sure to share pictures of your team at your watch parties and wearing their International Women’s Day swag with the VBA!  Email or text your pictures to Monica McDearmon at 804-363-9347 and be sure to tag the VBA – @vabankers – on social media.

View the recording of the Fireside Chat here (Passcode: r7+ar74P) 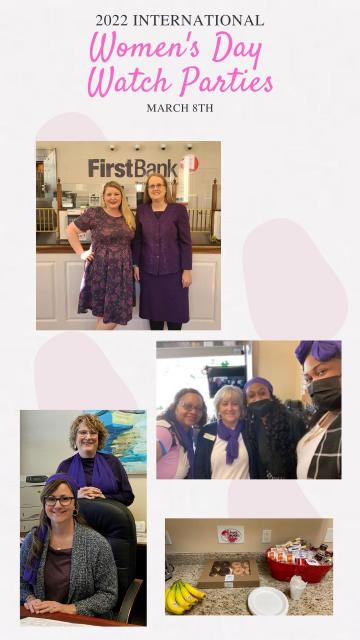 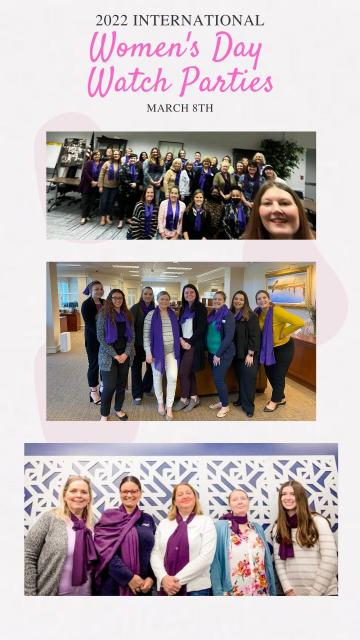 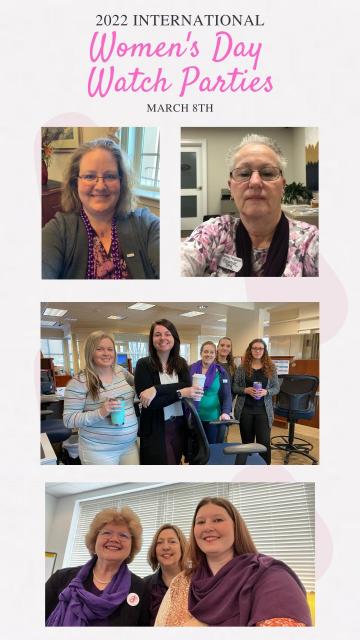 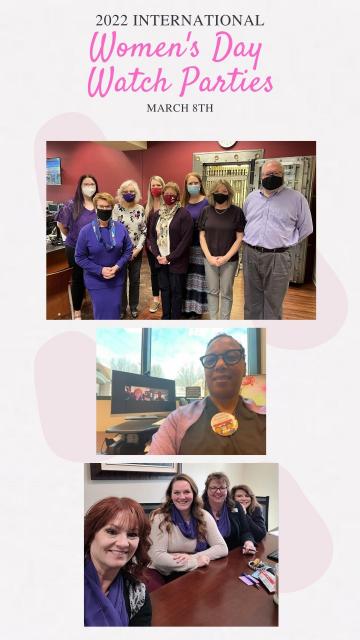 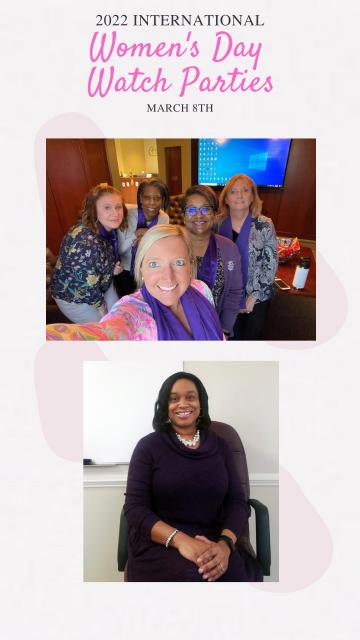 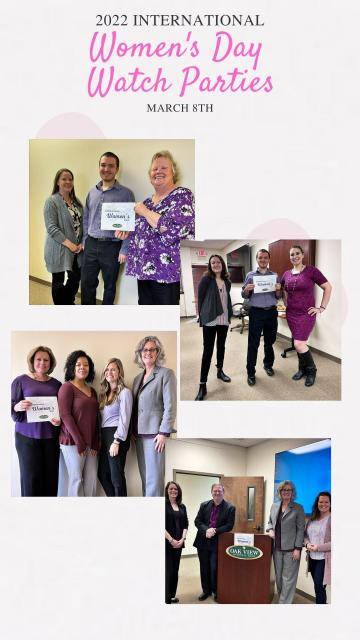 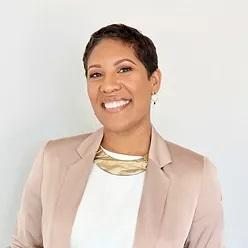 Nicole joined the NBA in May 2021 from JPMorgan Chase & Co. where she was vice president and government relations manager, developing public policy positions and advocacy strategies in Washington, DC. In this role, she also managed national engagement strategies and led efforts on the firm’s commitment to invest $30 billion over five years to advance racial equity and drive inclusive economic growth.

Nicole has spent more than 17 years working in public policy and public affairs. Prior to JPMorgan Chase & Co., she led the government and external affairs strategy for ITT Educational Services, Inc. and served as the primary spokesperson and lead representative with the media, policymakers, trade organizations, consumer groups, investors and the public. Nicole also worked as a senior director at the government affairs firm Ice Miller Strategies LLC.

Nicole has held legal roles as an attorney at Akin Gump Strauss Hauer & Feld LLP, focusing on congressional investigations and government enforcement actions, and a law clerk at the NAACP Legal Defense and Educational Fund in Washington, DC. Nicole’s early career highlights include working as communications director at the Black Leadership Forum and as a legislative assistant at the NAACP Washington Bureau.