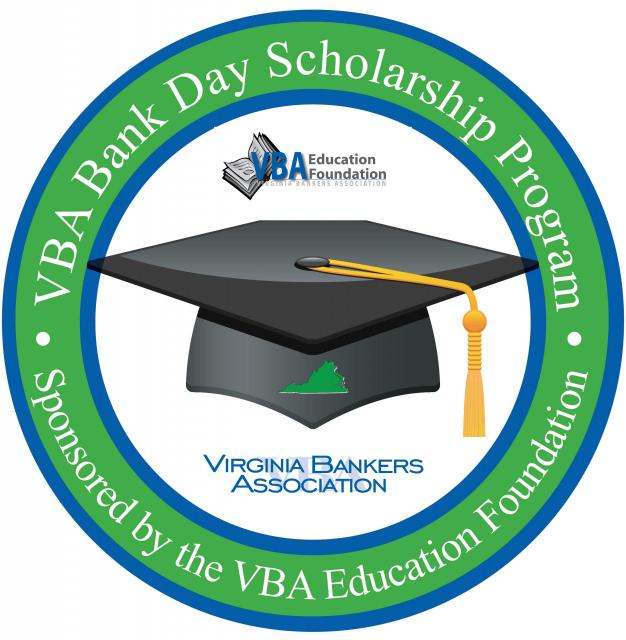 The Virginia Bankers Association (VBA) Education Foundation is pleased to announce that Carter Watts is the statewide scholarship winner of the VBA Bank Day Scholarship Program (Bank Day). Carter, who is a senior at Monacan High School in Chesterfield, was hosted virtually by Village Bank to participate in Bank Day. As the Capitol region winner, Carter was awarded a $2,500 scholarship and will now receive an additional $5,000, for a total of $7,500 for her college education.

The VBA Bank Day Scholarship Program began in 1991 when the third Tuesday in March was declared Bank Day in Virginia by the Virginia General Assembly. This year, Bank Day had more than 420 students participating virtually with 26 banks across the Commonwealth. Due to the pandemic, Bank Day was held virtually and centralized with content provided on a resource webpage from the VBA. Students had access to a variety of resources, including a video series covering a variety of industry topics including banking fundamentals, “Banking 101″, understanding credit, careers in banking, and a community engagement panel discussion; articles about banks’ economic impact in Virginia, career opportunities, and how the industry has stepped up and responded during the pandemic; and podcasts on building a banking career, bankers’ community commitment, and a look at Virginia’s economy. Participating banks also hosted virtual meetings for the students and provided supplemental resources about specific ways their banks support the communities they serve.

Students were asked to write an essay about their experience and fourteen scholarships (six regional, six honorable mention, one statewide runner-up and one overall statewide) were awarded based on the merit of the essays.

Carter reflected on her experience in her essay titled It’s a Wonderful Life: From George Bailey to 21st Century Banking by saying, “I discovered the banking industry is complex and has multiple components that make it work. A bank isn’t just the people you see in the lobby of a branch. A bank is made up of a group of people who manage the hiring, public relations, government relations, information technology and the many other roles that make banks successful. Virtual Bank Day helped me understand how banks support their communities and are keeping the spirit of George Bailey alive. As one of the videos stated, bankers ‘make special things happen’ for their customers by helping them buy a first home, start a small business or go to college. If George Bailey could see a glimpse of the banking industry today, I think he would be shocked at the advances the industry has made, especially mobile and online banking. But, I think he would also recognize the same basic principles he used in his work of ‘making special things happen’ for his neighbors.”

“We are excited to award Carter, Isaac and all of this year’s winners with these scholarships. A key objective of the VBA Education Foundation is to make sure that Virginia’s students are prepared for their financial futures. After reading Carter and Isaac’s essays, we know they are well equipped to succeed in life, and we are proud to be supporting their education financially through this program.” said Bruce Whitehurst, VBA president & CEO.

The following students had winning essays:

Since 2012, the VBA Education Foundation has distributed $218,000 in scholarship monies to 102 students, all while educating more than 3,400 participating students about the banking industry through the Bank Day program. The VBA Bank Day Scholarship Program will take place again next March.

The Virginia Bankers Association (VBA) formed the VBA Education Foundation in 2007 with funding from the majority of VBA member banks for the Walter Ayers Fund for Financial Education. The Foundation’s mission is to improve personal financial literacy and economic education in all public and private schools in the Commonwealth. The Foundation recognizes the importance of economic education and financial literacy in Virginia and supports the banking industry as a key participant in these areas. For more information, visit www.vabankers.org/vba-education-foundation.